On the significance of architecture, in the western world, remain today , the concepts inherited from the past that rotate, in different ways and anyway, around those expressed by Vitruvius as concepts Firmitas (solidity) (physical structure), Utilitas (for the use of men) (needs) and Venustas (beauty, aesthetics) (formal perfection).

All theorists of the architecture from Barbaro to Leon Battista Alberti, to Palladio, to Militia and to modern architects of the twentieth century revolve around a concept of architecture as a formal expression of artistic type, then tied to individual ability to express in the construction of the architectural spaces a value of “aesthetic” (proportion, beauty, perfection, harmony, elegance, order, synthesis, ecstasy, ….) never well defined (and not definable as the “myths”) and mainly related to the “fame” and “authorities” of the author.

To exit the solipsism, derived from all of these concepts expressed as “opinions” unproven (although illustrious) and not to fall into some “fallacy” logic is necessary to clarify what are the components of the universe of the architecture to establish in a way controllable and falsifiable (Popper) what is the architecture.

The components are, without doubt, fundamentally two:

The natural component is component that identifies:

The cultural component is the component which addresses:

It is evident that all of the expressions above are susceptible to empirical evidence, and therefore, can be the basis of a definition “real” of the architecture.

On the basis of what is expressed we can state that:

As derived from these premises we can assert that:

The architecture, in any environment, is expressed always with the same structural identity, adapting their own meaningful units to the environment natural and cultural in which it manifests . 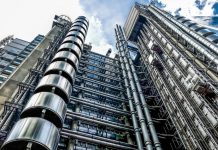 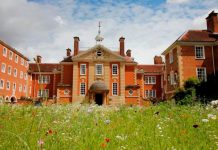