Which came to the medieval theology of Western Europe in translations of the works of St. Dionysius the Areopagite (“Pseudo-Dionysius”) John Scott Eriugena, had a huge influence on the ideas of the Gothic era. The concept according to which God is the Light that illuminates the “second Lights” – the Angelic world and gives beauty to the earthly world (including man). Man, in turn, through the sensual contemplation of the beauty of the earth, is illuminated by the Divine Light himself, rises to the Light and thereby approaches the knowledge of Christ – the True Light that enlightens the world.

Thus, a person becomes, as it were, a “third Light”, becoming like the holy Christian ascetics. These ideas, which became especially popular in the XII-XIII centuries, brought to life such characteristic fruits of medieval symbolic thinking as the “De gemma animae” by Honorius of Autun, as well as the “Speculum ecclesiae” by Pierre de Roissy. Or symbolic interpretations of the temple decoration in the writings of Abbot Suger, who wrote that: “the material light, either located by nature in the spaces of heaven, or achieved on earth by human art, is an image of the intelligible Light and above all, the True Light itself.”

Reworked by medieval mysticism and unrestrained fantasy, these popularized mystical ideas about light find a wide response in the secular novels and poetry of the Old Versailles troubadours (Chretien de Troyes, Guillaume de Lorris, Jean Clopinel, Guillaume de Durfort, Bernat de Lorac, etc.). The legend of the Holy Grail with a description of the effects of light is of great interest in this regard. and precious stones, clearly echoing the ideas of the mystics of the XIII century about the primary mystical experience. And finally, we should not forget about the veneration of the God of Light (“the Good God”) – the creator of the upper world (“the land of Light”, where unity, harmony, harmony and serenity reign), and the “Father of all good beings”, who was professed and worshipped by the Cathars (Albigenses).

However, none of the compositional techniques enjoyed such reverence as symmetry, which seemed to be the visible embodiment of divine harmony. Mal, in his work, explores in detail the symmetrical “oppositions” of the twelve Apostles and the twelve patriarchs, the four Prophets and the four Evangelists, so it makes no sense for us to dwell on this in more detail. It is only worth noting the fact that the presence of such parallels convinces us of the existence of strong ideas about the mystical power of numbers, which the thinkers of the Middle Ages did not doubt. This postulate comes from the writings of the Holy Fathers of the Church, who apparently learned it from the Neoplatonists, and those, in turn, from the teachings of Pythagoras. For example, St. Augustine clearly speaks of numbers as the thoughts of God, repeatedly making it clear that each number has its own providential meaning. “Divine Wisdom,” he writes, “is recognized in the numbers printed on all things.”

The physical world and the spiritual world are based on eternal numbers, therefore it is necessary to treat with reverent attention all the numbers that are found in the Bible, because they are full of mysteries and the essence of Divine Providence will be revealed to those who comprehend them. In general, the same idea can be found in all the theologians of the Middle Ages, tracing the line of succession quite accurately, referring to the works: “Liber formularum” (The Book of formulas of spiritual Understanding) of Saint Eucharius (Evagrius), Liber numerorum (“The Book of Numbers”) Isidore of Seville (Upv.), to the treatise De universo (“On the universe”) by Rabanus the Moor (IXv.), and finally to the Miscellanea (“Mixture”) Hugo of Saint Victor (XIfe.). All these treatises speak about the same postulate of the doctrine, which has been passed down from century to century in unchanged formulations. The symbolic meaning of each number was justified by carefully checking the texts of Holy Scripture and we feel that we are dealing with the provisions of a single tradition (Doctrine).

Undoubtedly, such concepts were born mainly within the framework of mystical theology, and it is enough for us to look through the “Noah’s Ark” of Hugo Saint Victor to feel with what ecstasy he “plays” with symbolic numbers. From all that has been said, it seems natural to conclude that the science of numbers sometimes determined the idea of the masters of Gothic cathedrals and we can safely look for features of “sacred arithmetic” in the architecture of the cathedral. However, as Mal rightly wrote, in his work: «.. . we are infinitely far from seeing only symbolic numbers everywhere. … But do not be like another scientific school, which constantly denies the very fact of the existence of such symbols – this would be evidence of a misunderstanding of the true spirit of the Middle Ages.”   So, the Gothic art of the XII-XIV centuries seems to us first of all something like sacred writing, secondly, a distinctive feature of medieval iconography is that it followed the rules of “sacred mathematics” (for which measure, order, symmetry, number are of exceptional importance), and finally, the third defining feature Gothic art should be considered the “language of symbols” (symbolism).

The XIII century, rightly called by Jacques Le Goff – “A beautiful Europe of cities and universities.” It is at this time that the population is mixing in cities and universities, new institutions are emerging, new centers of economic and intellectual development are emerging, and all this is associated with the spread of the monetary system in the economy and society. And, finally, it is at this time that a completely new kind of monasticism appears and spreads, in some thirty years, whose representatives live and act mainly in cities, participate in the creation of a new society, making serious changes to the Christian doctrine that this society professes – these are monks of mendicant orders. Among urban intellectuals, the ancient concept of the city, taken up by Christianity, coming from Aristotle and Cicero, according to which the city is not walls, but people living in it, is becoming fashionable. We find the propaganda of this concept in an amazing series of sermons delivered in Augsburg in the middle of the XIII century by the Dominican Albert the Great (Doctor universalis).

In these sermons, in Latin and German, he offers (referring to the authorities of St. Augustine and Isidore of Seville) a kind of “theology” of the city, creating an urban picture of the world.  However, it should be noted that the cities of Europe of the XIII century bore little resemblance to the numerous cities of Byzantium or the Muslim East. Usually, the population of European cities rarely numbered more than ten to twenty thousand inhabitants. Against the general background, Palermo and Barcelona were perhaps the exceptions – about 50 thousand inhabitants. This also includes: London, Ghent, Genoa, Toulouse and Bologna, whose population was, apparently, from 60 to 70 thousand citizens. And only Florence and Venice had 100 thousand inhabitants each. The population of Paris by 1300, according to a number of researchers, reached 200 thousand people.

The main feature of cities is the creation of a new type of society that seeks to take control of society into its own hands, either by completely taking power from the seigneur, or by limiting it to significant privileges in favor of the citizens. Sometimes this struggle was carried out with the help of violence, for example, the establishment of the Lahn Commune in 1116, or the victory of the cities of the Lombard League over Emperor Frederick Barbarossa in 1183 and the conclusion of the Peace of Constance. However, most often these rights were “granted” to the city by seniors, simply confirming the old “good kutums”. So the Count of Toulouse in 1147 granted “freedoms” to the inhabitants of Toulouse, and in 1198 allowed the election of consuls to the inhabitants of Nimes. In 1142 and 1155, the Archbishop of Arles agreed to the establishment of a municipality and consulate in Arles, and the King of France in 1155 granted “rights” to the citizens of Lorris, which served as a model for many cities of the French crown.

The King of Aragon in 1232 granted the inhabitants of Barcelona “privileges”, including exemption from all duties on goods.  Therefore, it is not surprising that it was the Aragonese, and not the English, who “invented” the famous “electoral formula”, which was pronounced at the coronation of the king of Aragon: “We, equally and even more powerful than you, make you king if You are ready to announce to us that you are committed to protecting our freedoms. If not, then, no!”.

To study the political, social and religious situation of cities in the South of France means to open the key to understanding the main causes of the Albigensian heresy, which undoubtedly put its stamp on the art of the South. Below we will point out a number of special urban institutions, which should actually be called municipalities, leading the traditions of self-government from the ancient Roman municipalities. They were supported by the proximity of Lombardy, the classical country of ancient communes. This communal life of the cities of the South, together with the chivalrous and courtly mood of the local feudal lords, formed the essential content of the history of the then south of France (Occitania). The Languedoc cities imitated the Lombard ones, and the Italian communities, in turn, directly traced the genealogy from the Roman ancestors of the republic. This urban freedom never faded even after the fall of the Roman Empire – even the barbarians and Arabs, who partly brought their communal principles to the South, respected this freedom and had to reckon with it. In the era of the emergence and spread of the Albigensian heresy, Italy had already entered a turbulent period of urban communities, and Languedoc, Provence and Guienne actively developed these principles. In general, the state structure of the cities of the south of France at that time can be described as a “country of consulates”, and in legal terms – “a country of written law” (“ordre de dreg”, as the Provencals said). 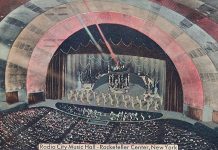 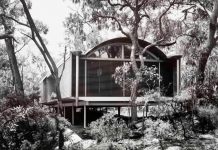 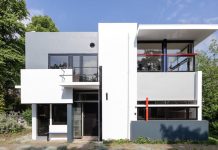 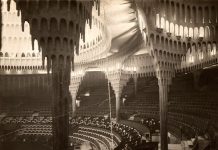 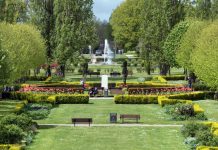