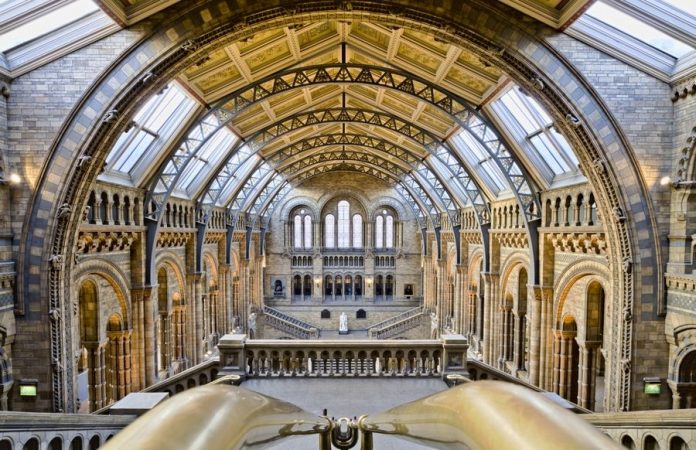 In early modern sicily the extra-urban fortified residence was a limited but important architectural phenomenon. starting from the last decades of the fifteenth century, previous residential buildings, especially towers, were in some cases renewed by the introduction of a surrounding fortified perimeter with bastions (e.g. donjon of adrano; tower of Migaido, or villa s. Marco near bagheria).

Subsequently the genesis of new palaces with bastions, bulwarks, and pseudo-bulwarks is certainly linked to contemporary publications and specialized treaties, but local conditions played an equally important role.

The position along the Mediterranean frontier with the Islamic world and the presence of numerous military engineers created an environment particularly open to fortified buildings, providing at the same time a wide range of experiences for confrontation and imitation. In this situation the symbolic meaning of fortified structures was particularly resonant with aristocratic clients. the representational aspect was evident also in buildings with a true defensive purpose.

Medieval idioms and allusions to modern fortifications were used to legitimate social hierarchies. at the end of the seventeenth century, for example, the rome-trained architect giacomo amato planned a magnificent palace for the spaccaforno family with bastions and a double boundary wall. this paper will present a sequence of examples that are most representative of this architectural phenomenon. It will especially focus on the models in use and how they change along the centuries; on the intertwining between residential and military needs in the conformation of inside and outside spaces; and finally, on the relation between image strategy and practical function.

The fortified residence has known an uninterrupted tradition in sicily since the late Middle ages. constant renovation was dictated by the need to adapt defensive structures to new offensive techniques and weapons, and to prevailing historical and political conditions.

This remodelling was necessary at the beginning of the early Modern period, and was influenced by treatises on the subject. the renovation and ex novo construction of fortified residences in early Modern sicily was not a major phenomenon, but various aspects make it worthy of note.

The island’s strategic geographical position in the Mediterranean and the presence of a large group of military engineers played an important role, but other factors, in particular related to the image strategies pursued by the clients, cannot be overlooked. This paper examines a selection of cases and looks at the different inflections of the phenomenon from the second half of the fifteenth to the eighteenth centuries.

Since the late Middle ages, fortified buildings with both a residential and a defensive function dotted the sicilian territory.2 between about 1450 and 1650, many of these buildings underwent renovations, using different procedures and answering to different requirements. the need to enlarge the building, to transform its interior, or to improve its defensive structures, was frequently accompanied by a desire to update the architectural image, as part of a more general self-promotion strategy pursued by the client.

The addition of enceintes and bulwarks to pre-existing tower houses between the second half of the fifteenth and the sixteenth century is a particularly significant phenomenon. there was no uniformity in intentions, planning approaches or solutions. today at least ten examples in which a sixteenth-century reorganization is decipherable subsist, and they all differ in the consistency, layout and shape of the structures added to the original tower-shaped core.

These range from a bailey-type structure, mainly for agricultural use, with low buildings surrounding a courtyard which includes or incorporates the tower,4 to perimeters built for defensive purposes, characterized by the presence of cylindrical or quadrangular bulwarks at the corners of the enceinte.

Besides this type of structure, in which the tower remains detached from the new buildings that surround it, there are also some models in which the added buildings are attached to the pre-existing tower and can be accessed from it, making it an integral part of the new morphology.

These varied cases include three buildings that are particularly significant on account of the planning choices and intentions behind their renovation. First, the castle of adrano (catania) is an interesting case in which a fortified wall was attached to the pre-existing tower. Its soaring bulk overlooks the main square of the town, located on a plateau on the south-west slopes of Mount etna. The pre-existing structure is a rectangular donjon (20×16.70 m), with five floors inside. The final configuration of the tower was the result of interventions commissioned by count Matteo sclafani around the middle of the fourteenth century, possibly carried out on a former structure dating back to the norman conquest of the island (second half of the eleventh century).

At the beginning of the early Modern age, the tower – which had passed over to the estate of the Moncada family towards the end of the fourteenth century – was surrounded up to the level of the first floor by a sloping rampart with bulwarks at the corners. the serrated edges of the bulwarks leave no doubt as to the neapolitan origin of the model,9 and are indicative of the self-celebratory intentions of the client and his influence in the design choices.

In fact, it recreates, on a smaller scale and with less refined workmanship, the ramparts around the towers of the castel nuovo in naples, produced when alfonso the Magnanimous (1443-58) commissioned restructuring works on the palace.

The design for adrano seems to allude to the participation of giovanni Moncada (1414-54) in the military campaigns to conquer naples (1442) and, more generally, to the esteem he and his successors enjoyed at the court of alfonso v and giovanni I.

This interpretation is consistent with the identification of giovanni tommaso Moncada as the client (1461-1501)12 and with the dating of the intervention to the last three decades of the fifteenth century. While image strategy appears to be a determining factor, from a functional point of view this enlargement of the building mainly tackles defensive issues, including the possibility to use part of the inside of the new rampart as a prison.

The residential function, on the other hand, was left unchanged, apart from the creation of an annular terrace directly accessible from a room on the first floor of the tower through an ogival portal, probably coeval with the rampart. In the more articulate example of the lanza di trabia castle, transformed between the first and second half of the sixteenth century, defensive requirements converge with the need to create a fitting residence for an ambitious client, with comfortable residential and ceremonial rooms. once again, the original core of the group of buildings is a tower of uncertain date, perhaps surrounded by a defensive perimeter in the late Middle ages.

It occupied a strategic position on the northern coast of sicily close to lucrative production activities. In 1498, the tower was acquired through marriage by blasco lanza, a well-known jurist and representative of an important aristocratic family. An initial phase of renovation work on the building, carried out between 1509 and 1535, has been attributed to this figure.

These works included the construction of battlemented walls with a protected walkway (chemin de ronde), the addition of a circular tower to defend the entrance on the sea front, and the addition of the first wing of a new residential building with merlons, completing the fortified architectural enceinte on the sea side. this building de facto relegated the former tower-house, to which it was not physically connected, to a minor role. between 1536 and 1575, renovation continued under cesare lanza on two fronts, with the enlargement of the new residence and the construction of a defensive platform equipped with merlons and an angular little bastion on the side facing the rocks. the inextricable link between defence and residence is also apparent in the crenelated terrace on the wing of the residence facing the sea, and in the construction of a small church serving the residence on the defensive platform.

The layout of the castle of brucoli (siracusa), transformed during the reign of Charles V, lies mid-way between the two examples mentioned above. In this case, the sixteenth-century addition consists of a fortified and inhabited quadrangular enceinte, with cylindrical turrets on the four corners and one polygonal bulwark in the middle of the south-east facade. Including storehouses and dormitories, this structure was built around the fifteenth-century cabastida tower, the residence erected by the homonymous governor of the Queen’s chamber in the 1460s21 to defend the brucoli granary. the fortified enceinte forms a chemin de ronde with platforms for the artillery, protected by merlons. compared to the adrano example, we here see a modernization of the defensive solutions, with the tower unconnected to the added buildings, though only separated by a narrow open path.

This is different from the isolation of the tower in the castle of trabia, as in brucoli the tower maintains its function as a focal point of the main residential quarters. the diverse nature of the solutions to remodel fortified residences in sicily between the end of the fifteenth century and the 1570s is reflected in the three cases presented here – despite their similar points of departure. likewise, it is clear that there were no dominant formal models. although these conditions discourage us from attempting to provide a summary, we can however affirm that the question of defence was a real concern, which conditioned choices of design and layout, with the military engineers on the island definitely playing a prominent role in the planning. however, this is not incompatible with the image strategies that were pursued: the fortified appearance of the residence was still seen as alluding to the great age and might of the family name, and sometimes even to its political affiliation and military successes, like in the castle of adrano. 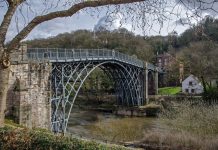 Progress in engineering as a challenge for architects 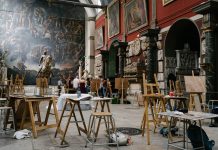 Dissonance between the engineering potential and the academic tradition