The symmetrical compositions of French gardens of the XVII century, the “architecture” of greenery (geometric shapes of trees, shrubs and curtains) were a continuation of the extremely rational, functionally conditioned architecture of a castle or palace. A regular French garden or park seemed to imitate nature, but already given to the mind in the form of Newtonian laws of the universe: they are planned strictly geometrically and have a central axis of symmetry. The palace, as a rule (for example, the Wole-Viscount, Versailles, Marly), is located perpendicular to this axis. The visitor, going to the palace, sees a series of pictures replacing each other in front of him. Due to the coincidence of the main axis of symmetry and the direction of movement, these alternating patterns are symmetrical.

Another thing is in the axial compositions of the Baroque. There, too, movement generates successive views. But, unlike the compositions of French classicism, the movement along the axis of symmetry is interrupted.

So, an obelisk is installed on the axis of Peter’s Square in Rome. It needs to be bypassed. The views that arise during movement do not combine, do not coincide, they are not symmetrical. In the Baroque, visual angles, effects arising during movement, are preferred over the frontal and ordered orientation of perception of classical compositions.

According to the rules of the Academy, beauty is a function of the geometric components of architecture. J. F. Blondel says that that architecture is correct, real, in which symmetry and regularity are preferred. It was these two “geometric” concepts that were of particular importance from the point of view of the ordering of the architectural form. Symmetry is created as a visual, visible harmony. Hence its understanding as an “architectural formula”. At the same time, the very existence of this formula is identified with “beauty”.

As an example of symmetry breaking, Claude Perrault refers to the building of the Pantheon in Rome, where the divisions of the dome and the cylinder do not coincide, the two patterns do not agree with each other, which, according to the rules of strict classicism, is to the detriment of true beauty. The theorists of the French Academy were engaged in substantiating the order of the architectural structure, the need for proportionality, proportionation: “Proportions contain the essence of the beauty of all works of art.” In “mathematical justifications”, beauty is equated with a minimum of arbitrary assumptions. It is considered as a function of objective regularity: the more parts of the form satisfy uniform mathematical conditions, therefore, the fewer assumptions are required, the “more beautiful” the form (Bulle justifies with this argument his predilection for elementary geometric volumes of spherical shape and colonnade).

Over time, these justifications begin to be questioned, strict regularity begins to seem too monotonous, it generates “cold beauty”. There is a natural “justification” of orderliness. It, as an analogy with the human body and an analogy with music, was considered more important and convincing than “mathematical”. Its essence is traditional and dates back to antiquity: nature discovers ideal proportions in its highest creation, mathematicians must express them with formulas, and architects can use them in their buildings, since the patterns in which these patterns are embodied cause admiration for grace and beauty. In fact, all sorts of “justifications” only complemented the main idea of the classicist theorists about the rationality of “beauty” in architecture.

And one more characteristic detail for the theory of that period: beauty in architecture is considered identical to understanding; it is achieved with the help of reasonable rules that bring patterns in line with the real possibilities of their observation and perception. A large number and variety of relationships between elements, complicating the order, should not, however, violate a certain limit. This requirement of intelligibility ultimately goes back to Vitruvius’ precepts about the “convenience” of a building – in this case, the convenience of its perception. It is symmetry as an obvious understandable technique of composition that serves the convenience of perception of the structure. This reasoning becomes the norm of the theory of the profession. By the middle of the XVIII century, the skill of drawing up a plan was considered almost the main achievement of the classical tradition in French architecture. The composition of the plan developed by her assumes the creation of a rational structure in any conditions and ensuring the maximum functional convenience of the structure. The architect had to take into account the real requirements and individual way of life, customs and customs and accordingly compose the building plan.

These skills and the requirements of rational economical distribution have, however, undergone a radical revision with a new appeal to the heritage of the classics. In the 1740s, Piranesi’s album with engravings on the themes of antiquity was published in Paris, among which the architects’ attention was attracted by the plan of the “Vast and Magnificent Collegium”. Piranesi builds his composition geometrically, subordinating it to the shape of a circle. The idea of such a multifunctional building goes back to the complex spatial structures of the Roman imperial baths. The plan, as an ornament of various geometric figures, has axial symmetry and abstract equivalence of sides. Such a planimetric ornamental principle was completely alien to classical compositional thinking. Piranesi thinks not based on the functional structure of the structure, but using abstract figurative figures.

The difference between the compositional thinking of the classicist theorist Blondel and Piranesi lies in the fact that the former thinks “functionally”, following the “customs” that need to be able to express in the structure of the building, and the latter thinks in geometric forms, which in themselves are indifferent to the function, and he himself gives these abstract configurations a certain functional meaning in this context. At the same time, it is characterized by an appeal to the ancient typology, an interest in public buildings of complex structure. 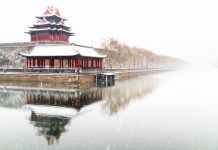 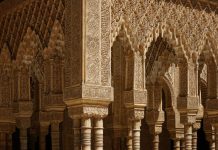