Discussing the issues of how an architect-designer can comprehend the geometric shapes of architectural objects and manipulate them, relying on structural and system methods of describing the structure of the spatial shape of architectural objects, we emphasize that today, in most cases, the role of a computer is rather related to its use as a visual tool that offers convenient forms for images (including drawing), modeling, archiving, reproduction, but the trend of rapid and intensive computer implementation in all areas of design convinces that, that machines will become smarter, and the architect will have to rethink and evolve his professional role in the processes of forming an artificial environment.

Today, a computer does not replace the architect himself, but only eliminates a pencil or a drawing board. But a computer can also become a powerful tool for modeling objects. If this direction continues to develop as intensively, then mathematical tools will inevitably be widely used to describe the two-dimensional and three-dimensional geometry of architectural forms in different computer languages, provided that the issues of formatting the essential properties of the architectural phenomenon are solved. It is this side of the problem under discussion that this manual is devoted to.

Computer technology is a good help to a person in his routine work. Does architectural activity relate to such work? Apparently, in any, even the most creative activity, there is a place for formal operations, which usually do not affect creative processes, but determine the conditions of their manifestation. In order to design a building, an architect faces a huge, routine and painstaking preliminary work on the formulation of a task, collecting information on the experience of design analogues, etc., studying the initial conditions, analyzing the contextual environment, the variability of solving the tasks, etc. There are utilitarian design procedures for creating engineering objects, linking ready-made objects, their variation and replication, which are sufficiently formal.

It is impossible to underestimate the possibilities of the modern level of modeling, and especially those areas of it that, on the basis of rapidly developing computer technologies, are beginning to outpace the physiological abilities of a person to adapt previously unfamiliar and unnatural spatial sensations. Humanity has experienced with violent mental reactions the cinematic inventions of the beginning of the XX century. The first films of the Lumiere brothers, showing the arrival of the train at the station, forced people to leave the cinema halls in a panic. It was a mental shock caused by a collision with previously unknown sensations. The upcoming tests of immersion in the complete illusion of a pseudo-real spatial environment for a person can become another “Pandora’s box” on a par with the tests of a nuclear bomb, the spread of genetically transformed seeds and food, the invention of new viruses and interference in the genetic structures of living organisms. People do all this without fully realizing the seriousness and danger of the consequences.

According to experts studying the problems of virtual reality, the latter largely owes its appearance to “marginal” cultures — science fiction, cyberpunk, hacker culture, etc. Cinematography was the first to develop large-scale scenarios for the future of our civilization – mostly of an unattractive nature. Attempts to understand the problems of the future occupy modern philosophers- futurists around the world.

The advantages of computer-aided design are high speed, low cost, software availability, versatility and convergable formatting of results, and the possibility of using network resources of collective one-time design.

Setting incorrect tasks to a computer sometimes gives the impression that in this way people are struggling with their own complexes, trying to prove to themselves that they are smarter than a computer.

Computer technologists have created a new electronic culture, which has replaced printing and drawing. The processes of working with documents and information have been greatly simplified and accelerated. Computer-aided design programs, including architectural design, are also part of this new culture. Today there is a large family of computer software programs for architectural design.

Many architects talk about the deterioration of the quality of architecture and that this is due to the easy availability of computer tools and their capabilities. One way or another, it is impossible to dispute the fact that society also receives certain advantages using modern technologies — freer access to a large amount of information, accelerated development of various spheres of human activity, facilitating the communication process. One way or another, changes in many spheres of human activity are inevitable, including in the sphere of our profession. In order to be at peace with this world, we must adapt to these changes.

In all the fields of knowledge that collectively define architectural science, there are areas of research for different reasons. Experimental studies that find out what the facts really are; normative constructions that establish the rules to be followed in the implementation of design, educational, scientific and construction activities; conceptual developments that result in the formation of new architectural systems, stylistic concepts, urban planning paradigms, etc. Among the latter, it is necessary to highlight, on the one hand, the activity of creating design architectural mechanisms, and on the other hand, architectural didactics. It is didactics that determines the mechanisms of transfer and assimilation of professional knowledge, skills and abilities, forms beliefs, improves methods and organizational forms of training.

The main factor of modern design is the use of appropriate methodologies that allow you to track cause-and-effect relationships, use previously accumulated professional knowledge. Modern requirements related to the reduction of design time and cost, the reuse of accumulated techniques in the design of new architectural objects, necessitate the development of new design methodologies.

Modern architectural design systems abroad have long been not only three-dimensional design systems. The most important factor determining the successful solution of design tasks is the use of appropriate methodologies that allow you to track cause-and-effect relationships, use previously accumulated knowledge, develop and store new ones.

The procedure for creating a model, digitizing it and entering it into a computer, subsequent output from a virtual environment to a real one, working with a real model and then returning to a computer environment — such a procedure for repeatedly reformatting the design object indicates the imperfection of the design method and the need for appropriate fundamental research in this area.

Today we live in a technological civilization. A lot of problems – from increasing life expectancy to filling leisure time – are solved with the help of technical means. They often create the illusion of solving a problem where there really isn’t one.

It is characteristic of the modern stage of the development of science that the issues that have already been resolved in some areas have not yet been raised in others. This is due to the fact that in different scientific disciplines there were different numbers of applied problems, and, accordingly. various efforts were invested in their development.

Architectural design lags behind civil engineering and machine-building design, where significant changes have already taken place, new areas of relevant professional activity have been opened — system engineering of construction, mechanical engineering, instrumentation, etc. The architectural field of design cannot avoid switching to new design methodologies in the near future. It will be necessary to develop new principles and methods, characterized in that they will be based on the results of modern applied developments and on the study of the scientific foundations of the design, construction and functioning of integrated interactive complexes for the analysis and synthesis of architectural and spatial systems associated with it by constructive, technological and other documentation. The key to solving such problems will be the improvement of design processes based on the widespread use of computer technology, information technology and computer networks, fundamentally new methods and means of interaction between designer and computer based on new interfaces will be developed.

Today, computers are still weak and highly specialized. but already above the human level in a number of operations. There is an increase in intelligence, and some design processes become impossible without software and hardware complexes of design development.

Despite the statement of such an authority in the field of predictions as B. Strugatsky: “All attempts to somehow detail the appearance of the future look ridiculous, if not pathetic,” we can’t help but think about the future. Mendeleev believed that the most difficult technical problem of the XX century would be the disposal of a huge amount of manure, since the number of horses would increase at the same pace. It is obvious our desire, contrary to experience, to predict the direction of the development of human civilization and the place of the architectural profession in the general changing flow of new technologies. But already today it is impossible not to notice the increasing influence of computer technologies that have covered all spheres of human activity, including architectural.

In this aspect of the development of modern technologies, more and more scientists are beginning to discuss the problem of singularity, which consists in the fact that it is time to realize the possibility of creating a human being superior to himself in mental activity. This can happen already because there are foreseeable prospects for creating systems with computing power comparable to the capabilities of the human brain.

The “raw” computing power of the human brain is estimated at 10 to 16 operations per second. Today, modern computers provide 10 to 8 degrees of operations per second. The dynamics of technological increment of computing power of modern computers promises to reach the level of human capabilities by 2015-2035, and then surpass it. There will be beings more intelligent than us. The level of software is also growing: the level of practical applicability of such traditionally intelligent operations as speech recognition, text, visual images has been reached.

On the other hand, the human genome has been decoded today, and with the help of distributed network resources, but it will take decades to figure out which parts of the DNA are responsible for what. Humanity cannot avoid technological progress, and since all this will happen one way or another, it is important to anticipate the positive and negative sides in this development, trying to maintain control. On this path, developments aimed at studying the ways of developing human-computer systems in professional activity are relevant. The essence of this process is to combine the strengths of a person and a computer. A person is unique in his intuition, and a computer performs cumbersome accurate calculations and expands the effective volume of a person’s long-term operational memory. 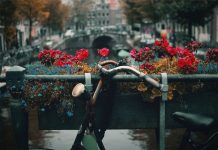